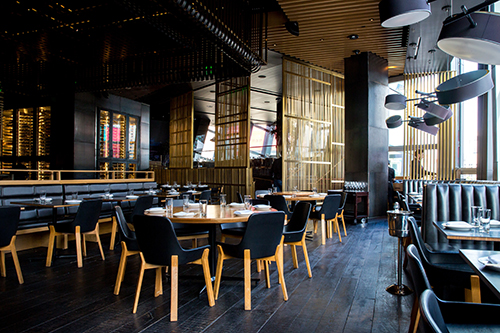 With summer in full swing, let’s dive back through time to have a closer look at some 2018 vintage-style diver’s watches. With their robustness and air of discovery and adventure, diver’s watches leave a striking impression on the wrist – whether on dry land or in the water.

In addition to these diver’s watches’ distinctive looks, they also boast unique technical characteristics according to the Diver’s International Organization for Standardization (ISO) rating and offer additional functions or features that can be crucial underwater, including high legibility, unidirectional bezel, antireflective crystal, and Super-LumiNova-enhanced hands and markers.

On top of that, most good diver’s watches feature interchangeable or expandable bracelets for use over wetsuits.

Offering such high functionality and sporty/casual style, it is no surprise that this genre offers some of the most sought-after timepieces, proven by the plethora of dive watches coming to the market both now and in the recent past.

Once again in 2018, many brands have combed their archives and reissued their most popular models from the past. Here are five recently released heritage timepieces with origins in the 1950s and 1960s, the golden period of the genre, to wear all summer long!

While their looks are decidedly vintage, their quality attributes are resolutely contemporary.

Blancpain Fifty Fathoms Bathyscaphe Day Date 70s: retro style at its best
Most of today’s vintage diver’s watches hark back to the 1905s and 1960s, for it was during these two decades that the watch category was initially invented and further developed.

Blancpain introduced its Fifty Fathoms diver’s watch to the public in 1954, a timepiece intended for professional use, and later the civilian spinoff Bathyscaphe. A staple in the time-honored Swiss manufacture’s collection, it has constantly been improved ever since.
Proof of the evolution of this collection is one of its latest additions, the Fifty Fathoms Bathyscaphe Day Date 70s. As its name implies, this model with weekday and date indications has its origin in the 1970s – a fact, it proudly shows it off with a faithful design in more generous proportions.

Like the watches of that period in time, it boasts a bold minute scale and chunky rectangular hour indexes, all staged on a wonderfully retro-style, intense gray dial with a graduated effect that gets darker from the center outward.

Whereas the original featured a tonneau-shaped case, this new watch is housed in a round Bathyscaphe case water resistant to 300 meters. A ceramic bezel features indexes filled with the Swatch Group’s proprietary Liquidmetal, claiming long-lasting, crystal-clear legibility.
De rigeur for Blancpain, the Fifty Fathoms Bathyscaphe Day Date 70s is powered by a cutting-edge movement: automatic Caliber 1315 DD with a silicon balance. Three spring barrels allow for a more-than-comfortable power reserve of 120 hours, and a sapphire crystal back allows full appreciation of the movement.
Tudor Heritage Black Bay Fifty-Eight: authenticity as good as it gets
There is one brand name we would hardly be able to leave out in a list of diver’s watches in general and vintage-style diver’s watches in particular because it almost serves as a symbol for both: Tudor.

Rolex’s little sibling has established a noble tradition of breathing new life into its icons from the past and wrapping them up in a more contemporary technical package. Also, with a more accessible price tag than the regal big sibling brand, Tudor has very successfully ridden the nostalgia wave in the past years.
Among the brand’s many debuts this year, enthusiasts agree that the Black Bay Fifty-Eight stands out. The “Fifty-Eight” in its name stands for the year in which Tudor launched its very first diver’s watch – Reference 7924, dubbed the “Big Crown.”

Cutting-edge at the time of its introduction, the timepiece offered a then-groundbreaking water resistance of 200 meters and paved the way for future models with signature elements such as the aforementioned big crown and the much-loved snowflake hands.

As part of the legendary Black Bay line, its overall style stays pretty faithful to the line’s roots. Incredibly, Tudor has significantly reduced both the diameter of the case, from 41 to 39 mm, and its height, from 15 down to 11.9 mm.
While some may think this is “only” a few millimeters, smaller proportions are a big plus for those with smaller wrists. And the scaled-down size stays loyal to the proportions of the original, imbuing the timepiece with both elegance and historical legitimacy. And that smaller size sure helps increase comfort.

Friends of this brand will love the matte black aluminum bezel with pink gold-colored numerals and markings and the signature red triangle marker. The same rings true for the slightly domed black dial and the likewise domed sapphire crystal protecting it.

The watch, which is available on a brown vintage-style leather strap, a newly designed riveted steel bracelet, or a black fabric strap, is equipped with new C.O.S.C.-certified automatic manufacture Caliber MT5402 with a power reserve of 70 hours.
Seiko Prospex The 1968 Automatic Diver’s Modern Re-interpretation (Reference SPB077): retro revival
The Japanese watch giant once again draws upon its many years of experience in the discipline of diver’s watches and reboots a limited Prospex timepiece from 1968 in a new generation.

Seiko introduced its first diver’s watch in 1965, and several years ago the brand began paying tribute to some of its historic flagship models from the past with new editions that capture the original spirit while offering Seiko’s latest advancements. Most of these are limited editions, which makes them even more sought after in the Prospex fan community.
This year, a diver’s timepiece from 1968 is in the spotlight. At its original introduction it offered an imposing pressure resistance of 30 bar, a one-piece case structure, a screw-down crown, and a unidirectional rotating bezel.

As “Modern Re-interpretation” in the name implies, this new Seiko Prospex updates the signature looks to suit the demands of today’s customers, who often ask for slimmer styles.

Water resistant to 200 meters, the stainless steel case of the 1968 Automatic Diver measuring 44 mm in diameter and 13.1 mm in height is protected by Seiko’s super-hard coating. Despite its bold design, it wraps comfortably around the wrist.
Designed (like the original) as a one-piece construction, the case houses Caliber 6R15, an automatic movement with a 50-hour power reserve that can resist magnetic fields to 4,800 A/m in intensity.

On this new version, which is not limited, the bezel is slightly thinner and the hands are smaller so as not to disturb the harmony of the Prospex’s original signature look.
Longines Legend Diver: a perennial favorite
A staple in this Swiss watchmaker’s Heritage line, the Longines Legend Diver is the latest interpretation of the brand’s first diver’s watch, which premiered in the 1960s. Upholding the spirit of that bygone era, many elements of the original Legend Diver have been preserved such as the domed crystal and the bidirectional internally rotating diver’s bezel.
Resolutely new is the black PVD coating on the stainless steel case, which might not be everyone’s cup of tea, but I do like it. Black is always beautiful on any watch, and combined with a sturdy rubber strap that looks like a filigree mesh strap the result is even better.

The understated and readily readable dial coated with Super-LumiNova, remains pretty much the same as in previous editions, with its internal rotating bezel surrounding the instrument-style dial. Another winning feature is the date indication matching the overall color scheme with its black background.
Also, the Legend Diver’s water resistance to 30 bar is pretty convincing.
Oris Sixty-Five Diver: old school to the core
One of the most successful reissues on the diver’s market in recent years, the Sixty-Five Divers bears its year of origin in its name. And it resurfaced again at Baselworld 2018. And what a gorgeous new interpretation!

For the first time, the Sixty-Five Diver is available in a two-tone version combining bronze and rose gold accents. This mix, inspired by traditional bronze diving equipment, further accents its expressive appearance and unique charisma.
New this year are two executions, one in 40 mm and the other in a new, smaller 36 mm case for those who prefer smaller sizes.

The cases, equipped with screw-down case backs and crowns, are fabricated from stainless steel, while the uni-directional bezels feature bronze outer turning top rings and aluminum inlays with 60-minute demarcations.

The dials, slightly domed and boasting indices and hands with warm gold-tone hues, are nearly identical except for the placement of the date indication. The 36 mm edition’s date is placed at 3 o’clock as a reference to the historical model, while the 40 mm edition’s date remains at 6 o’clock.
The bubble-curved sapphire crystals with AR coating additionally underscore the overall winning vintage look. The anti-reflective coating on the inside of the crystals reduce glare and increase legibility underwater, one of the most important requirements a diver’s watch has to fulfill.