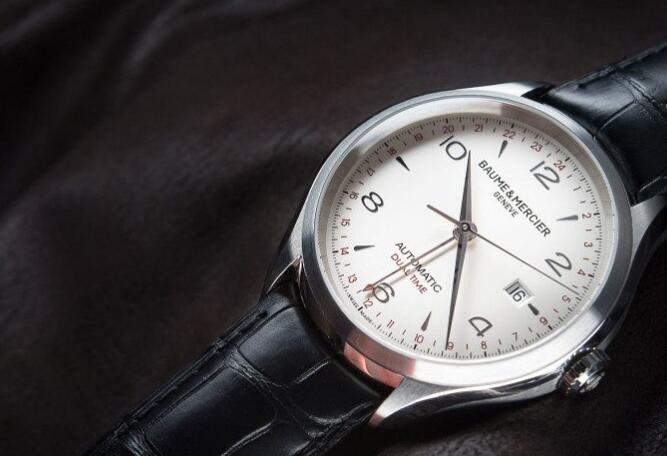 The Richemont Group as a whole has embraced innovation in materials science in watchmaking on a lot of levels, but one area in which it has – until recently – remained very conventional is in the key regulating elements of the mechanical watch. These are the balance spring, lever, and escape wheel. The Swatch Group, as well as other brands such as Ulysse Nardin (an early pioneer in the use of silicon components) have enthusiastically embraced silicon escapements and balance springs for their ability to sidestep some of the classic problems of achieving rate stability: lubrication and magnetism.

A silicon balance and escape wheel can run without oiling, and thus will not experience the rate variations caused by age-related changes in oil viscosity. A silicon balance spring is completely unaffected by magnetism, which can over time cause the temperature compensation properties of standard Nivarox-type balance springs to change; of course, a strong enough magnetic field will magnetize a standard metal balance spring outright, causing the watch to suddenly begin to run wildly fast on its rate, or even stop completely.
There are other ways than silicon to get around these problems – Rolex, for instance, uses an amagnetic niobium alloy balance spring in its Parachrom balances – but on the whole, the pursuit of technical improvements in escapements has, in the last 20 or so years, revolved around silicon, and today silicon manufacturing technology in watchmaking has progressed to the point that millions of watches with such components come on the market each year, from companies as diverse as Tissot, Omega, and Patek Philippe.
This is one of the major reasons that the launch of silicon components in watches by Baume & Mercier aroused so much interest amongst horological gearheads – the use of such components by Richemont Group brands, especially those with a strong foundation in technical watchmaking, like Jaeger-LeCoultre, Panerai, and IWC (who made an Ingenieur with a niobium alloy balance spring capable of resisting magnetic fields of at least 500,000 A/m, in the late 1980s) could potentially revolutionize the position of such brands relative to the competition. The other major reason the announcement got as much attention as it did, of course, is that the launch of advanced escapement technology might have been expected at JLC, Panerai, or IWC – but instead, it was launched at Baume & Mercier.
Baume & Mercier’s Clifton collection was introduced in 2013 and draws inspiration from classic Baume & Mercier timepieces from the 1950s. It has been a gamechanger for a brand who was beginning to suffer from an identity crisis. The solution, it turned out, was right there in their archives. These simple, fluid watches are indeed reminiscent of the sort of simple watches our grandfathers wore – reassuring, honest timepieces that had a unique charm and personality that can only come from products made in a pre-digital / pre-CAD design world. The first version of the Clifton managed to capture this pre-digital spirit, and this Clifton GMT (which is essentially the base Clifton with a nicely implemented dual time indicator) is no different. It’s a well made, classically styled watch that manages to be understated without being conservative. The Clifton GMT looks and feels great on the wrist, and for a watch in the competitive sub $5k price point manages to hit all the right notes. Read on for the full breakdown.
Our team tested the Baume & Mercier Clifton, an updated version of a vintage Baume & Mercier men’s watch from the 1950s, which was introduced just last year. Here are the results.

Baume & Mercier’s Clifton collection, introduced last year, is meant to evoke the simple, classically styled watches of the 1950s. It was inspired by a particular Baume & Mercier model from that decade, and shares with that watch its fluid case contours, flat crown and softly rounded Arabic numerals. The Clifton collection contains an automatic version with small seconds, a GMT model, a moon-phase model with full calendar, and a manual-wind watch with an ultra-thin movement from La Joux-Perret. We tested the basic Clifton, the small seconds version. A variety of curves and finishes on the case adds visual interest to the watch. The sapphire crystal, which is domed, flows gently into the angled bezel, which has a narrow vertical edge at the transition to the case midsection.
The midsection itself consists of two levels that are visible from any angle. From the side, one sees a satin-finished edge with a polished chamfer. Viewed from above, the shiny strip contrasts nicely with the matte bezel and brushed finish on the top of the lugs. There is another polished section between the lugs. The dial is silver colored. The polished caseback, which is placed at a slight angle to the sapphire window in its center, is beveled around its circumference. This detail creates an attractive visual effect and allows the watch to lie close to the wrist. The watch is very comfortable to wear due in no small part to the smooth and supple alligator strap. Simply flipping open the shaped outer bar allows the prong to fit into the correct perforation. Pressing the bar down results in an audible click and ensures the strap is set securely in place.