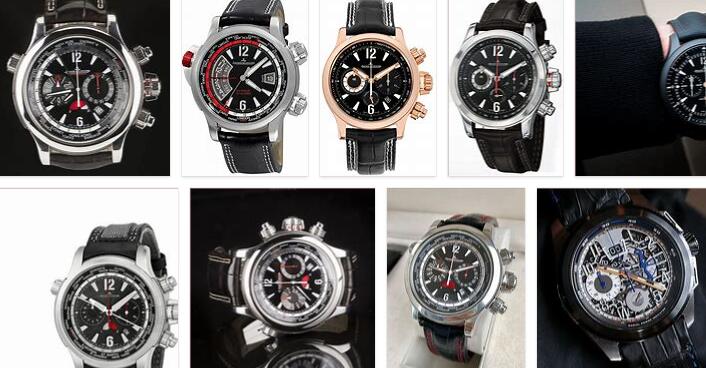 It made me think, “Oh, okay, this side of Jaeger isn’t entirely dead yet.” In recent years I have witnessed many major Swiss brands go into complete and utter denial of their most recent past in the matter of a year, and I dread the day when I’d see JLC turn fully away from its masculine side.The point I’m trying to make is that I think there’s a growing void of masculine, yet excessively refined, beautifully engineered, high prestige, competitively priced watches – and that is what in my mind Jaeger-LeCoultre used to excel at. The Master trio does not in any way meet any of those criteria in my book because they’re not really masculine, aren’t that refined or capable, the empty hands don’t exactly scream “beautifully engineered” at me, the prestige is questionable, and pricing, we all know, could always be better. The Duomètre, the Master Ultra Thin Perpetual, and some of the Compressor pieces do, or shall I say, did meet more of those criteria.Now, I fully understand I am not being fair by singling out Jaeger-LeCoultre in this discussion, but contrary to most other brands that are guilty of the same thing (often doing their even more bare-cheeked version of it), JLC is a brand I do truly care about; and when you care about something, you feel genuinely motivated to voice your valid criticisms – after asking and answering yourself the question of whether you indeed feel they are absolutely valid… something to be considered by commenters across the internet.All this is me trying to say I’m afraid the closest we will get to something extreme from JLC at SIHH 2018 will be an Extreme Tribute Anniversary Homage Reverso – or Master-whatever. Yes, some of those previous Jaeger-LeCoultres were very much verging on being vulgar – at 46.2mm wide with stupendously complicated crown securing systems and so on – and they’d definitely react nicely to some attention in terms of scaling back in size, to keep them successful and in tune with the changing tastes in watch sizes. But they had a special blend of character and engineering only Jaeger could achieve.But rooting them out altogether, with only this lonely piece (available in a total of two color options) we have here remaining in the entire line-up of Jaeger-LeCoultre to represent those not-very-old and fun times, I don’t think will leave us with a JLC that is as complete as many of us would love it to be. There are also some Deep Sea Vintage pieces that have been with us unchanged for many years now and I’ve heard (not confirmed) that they may be discontinued soon as well.So, when I look at the Jaeger-LeCoultre Master Compressor Chronograph Ceramic, I see a spark of that old-school bonkers-cool Jaeger-LeCoultre looking back at me and maybe the sales figures or the lots of internal meetings came up with the consensus of probably me being the only person left on this planet who wants to see that JLC again. But given whatever opportunity I had, I did grab my keyboard to put this sentiment out there.I can’t stress enough, I get it that large-scale brands can’t be expected to just make “cool” and “fun” stuff – Mercedes-Benz sells tons of boring SUVs and diesel C Series, but they also have the skunkworks of AMG who, on the surface at least, can do whatever they want every once in a while. If they could make a car for the Navy Seals, I bet they would.The Jaeger-LeCoultre Master Compressor Chronograph Ceramic in its black ceramic case is 46mm wide, but you have to add to that the massive, quick-lock “compression key” crown which is, just like the pushers, crafted from 18k pink gold. The column wheel chronograph automatic movement is composed of 300 parts with two barrels, 45 jewels, runs at 4Hz and has a sort of weekend-lasting, 65-hour power reserve. It has also passed the manufacture’s 1,000 hour in-house quality control tests.Legibility is great, thanks to the massive, gold colored, trapezium shaped main hands and equally large indices. Chronograph hands are color coordinated in white, plus there’s a discreet date at 4:30 and a round day-night indicator right between the center of the dial and the Jaeger-LeCoultre logo. Additional functionality includes a second time zone via a fully skeletonized hour hand. The movement itself is 6.26mm thick, while the 10-bar rated case is 14.27mm at its thickest. All this is mated to a strap Jaeger-LeCoultre flat out calls “high-tech material.”